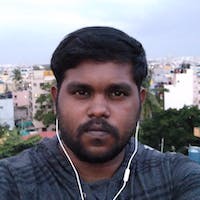 Do you know what I think the coolest law of physics is? It's the second law of thermodynamics.

The total entropy of an isolated system can never decrease over time, and is constant if and only if all processes are reversible.

Put in normal person words, disorder will always increase over time unless you do something about it. The laws of thermodynamics talk about heat and how it affects matter. But when it comes to the second law, entropy specifically, it's universal.

Think about all the problems you've faced in life. They always seem to just show up but it takes effort to solve those problems. If you're a super lazy person like me, you know that when you're lazy for too long, life just becomes shit.

This is why I think that entropy and the second law of thermodynamics is the coolest law of physics there is. Because it's not just a law. It's a mental model for solving problems. It also applies to software development.

Imagine that you take a box of puzzle pieces and dump them out on a table. In theory, it is possible for the pieces to fall perfectly into place and create a completed puzzle when you dump them out of the box. But in reality, that never happens. Why? Quite simply, because the odds are overwhelmingly against it. — James Clear

Imagine you're starting a software project. In the beginning you want to get features out the door as quickly as possible. You're not thinking about clean coding practices, or have future maintenance and tech debt in mind. You want to get to generating revenue fast. At this stage, your entropy is low because the system is new. Facebook even had a phrase that became quite popular:

Let me tell you that there is nothing wrong with this mindset. In fact, it's required for your software to get off the ground. Because your users won't care about your "zero tech debt" (is that even a thing?) or that you've obsessively organized your codebase. Your software has to work.

But you won't stay in this position forever. There will come a time when you have to start thinking about code quality and start clearing out your tech debt. So why is entropy relevant here? Because as time goes on, the disorder in your codebase(s) will start to increase. This will happen when you've added features, bug and hot fixes and when more team members are contributing to the codebase. 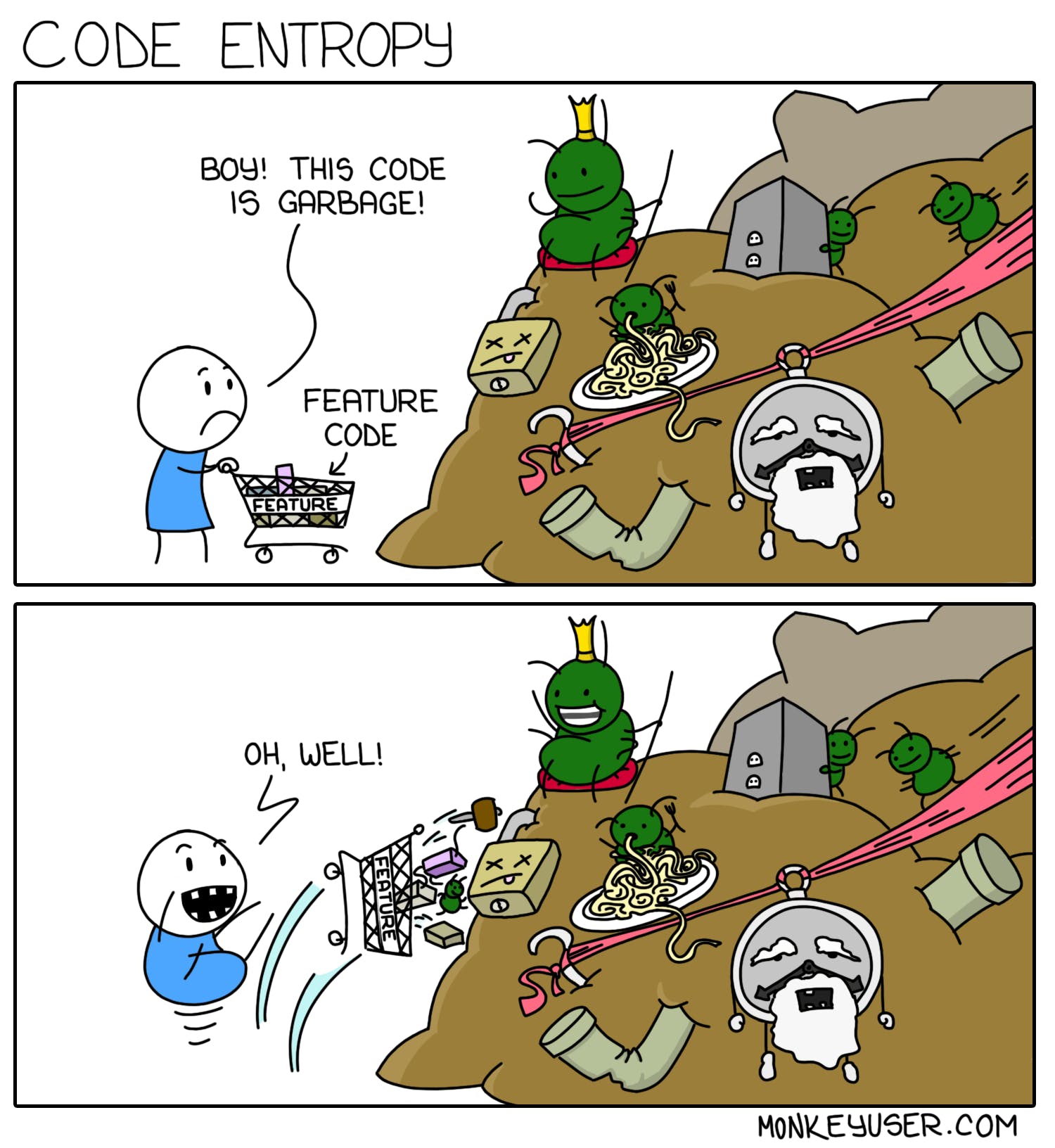 When the entropy in your code is high, you'll start seeing effects of it:

And as the law states, entropy can only increase. You can never decrease entropy in a system. Note that this is different from tech debt. You can reduce tech debt but you can never reduce entropy. With effort you can keep it constant or decrease it's growth.

How to mitigate entropy?

There are three ways that I know of.

Entropy is not something we actively think about during development. But it plays a major role in how you build software. Although you can't decrease entropy, it's possible to reduce the growth and it's effects. What process do you follow at work to mitigate entropy? Is there a process you follow that I should know about?